Manchester City are beginning to look at potential centre-backs for the future with Nicolas Otamendi, 31 today, and Vincent Kompany, 32, getting no younger.

The Blues have two promising young defenders already on the books in Eric Garcia and Philippe Sandler, but are also scouting Europe for potential reinforcements with Pep Guardiola liking four high-level central defenders on his books.

The big name linked has been Ajax sensation Matthijs de Ligt, 19, who is considered a generational talent and who City certainly have on their radar. However, De Ligt is in high demand with the likes of Barcelona on his case, and with a huge price-tag expected when he is sold, there is no guarantee he’ll be Etihad-bound. 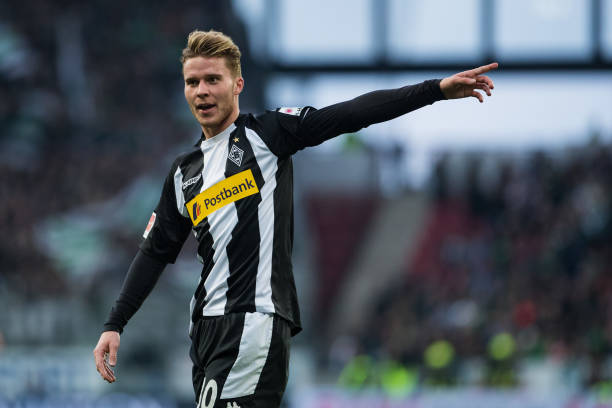 Elvedi is a 22-year-old Swiss international who has formed a good partnership with Germany international Matthias Ginter in the heart of Gladbach’s defence.

Arsenal and Tottenham are keen on Ginter, but City have ‘thrown an eye’ on Elvedi, who has a current market value of around €25 million (£22 million).

Elvedi joined Gladbach from FC Zürich for €4 million in 2015 and has won 9 caps for his country, with 5 of them coming in 2018 during which he scored against Belgium in Switzerland’s 4-2 UEFA Nations League win.

Elvedi has made 18 Bundesliga appearances for Gladbach this season and has an excellent pass completion rate of 92.2%, which is the type of technical quality Pep Guardiola likes in a defender. That is identical to Laporte’s pass completion rate, and slightly less than John Stones’.

Little is added by BILD except that City have Elvedi on their radar and he could be a top candidate when Guardiola decides to dip into the market for a new centre-back in future transfer windows.

Man City ranked in top 10 biggest clubs in the world – how do they compare to rivals?
Mario Balotelli brutally trolls Man United and shows he’s still a Blue
To Top