Douglas Luiz could be lining up or at least taking a place among the substitutes this weekend for Manchester City had the Home Office approved a work permit for him.

Unfortunately, much to the annoyance of Pep Guardiola, the young Brazilian midfielder was denied permission to feature in the Premier League this season, despite letters of support from Pep and Brazil coach Tite, and he was forced to return to Girona on loan.

20-year-old Douglas was officially presented as a Girona player yesterday after his belated transfer to the La Liga club, a member of the City Football Group.

Douglas, who has rejoined City teammate Aleix Garcia and links up with another Blues loanee, Patrick Roberts, at the Estadi Montilivi spoke at his presentation about his return to Girona.

Last season Douglas struggled for game time and admitted it had been a disappointing debut campaign in Europe for him.

“Last year was not good for me,” said Douglas. “But I’m only thinking positively about what I can contribute to this group.”

The former Vasco da Gama player acknowledged he “hopes not to have a repeat of last season” and probably would not have returned to Girona had Pablo Machin remained in charge. Machin has joined Sevilla with Eusebio Sacristán replacing him.

Benfica, Porto, Celtic and Galatasaray were among the clubs linked with Douglas, but in the end a return to La Liga was his best option.

“Girona was the best option for me, although other possibilities arose.” 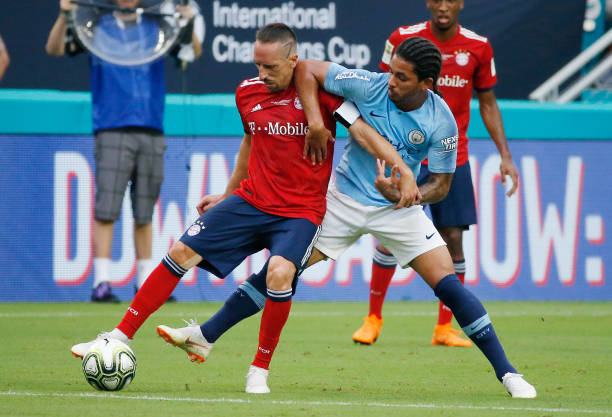 He could not hide his disappointment at missing out on the chance to play in England this season, and hopes a good second year in Spain will lead to him playing at the Etihad Stadium next year.

“Yes, I thought I could stay at City, I wanted to play there – but things are the way they are, football is like that. I have to be strong, I hope next season I can be there.”

Douglas has also taken motivation from Pep Guardiola’s confidence in him – the City boss sees big potential in the Brazil youth international and wanted Douglas to fill in for his compatriot Fernandinho this season.

“The trust that Pep Guardiola showed in me was important,” Douglas revealed. “His words have been a great motivation for me.”