Pep Guardiola has reiterated that Manchester City will not invest as heavily this summer as in the past two years, revealing that he is only looking to bring in one or two recruits to his double-winning squad.

City have overhauled their squad effectively in recent transfer windows, turning it from one of the oldest in the Premier League to one full of youth and skill.

The departure of Yaya Touré and Fernandinho’s advancing years as a footballer mean a holding midfielder is a must, and that will be one of the main priorities this summer.

Another winger capable of also playing through the middle is also expected to arrive. There have been suggestions of another centre-back also being brought in, with Ajax sensation Matthijs de Ligt the latest name in the rumour mill, but if Guardiola’s latest comments are to be believed, that won’t be happening. 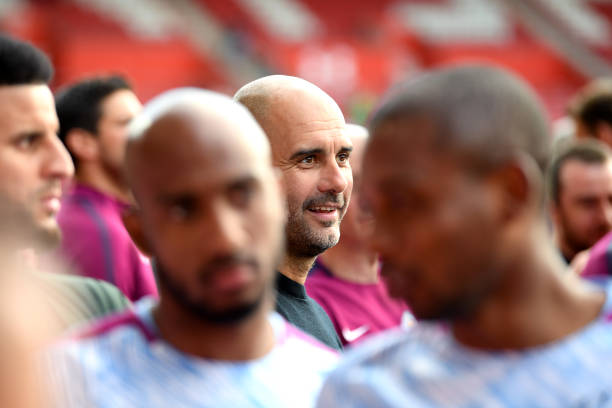 As part of an insightful appearance on Monday Night Football on Sky Sports, Pep said: “[We will sign] one or two more, no more.

“We cannot invest… maybe people don’t believe me but we don’t have the money to invest £300million every season.

“We invested a lot of money and will invest less in the future, because instead of doing it in two or three transfer windows, we did it in one. We needed it for the [squad] age.

“The fundamental success of this season is the quality of the players. People say you won because you invest a lot, they are right.

“Ederson, for example, was perfect, but then at the end you are saying ‘go and try the Premier League and try to play’ and you don’t know if it’s going to happen.”

When asked for specifics on transfer targets, Guardiola was quite coy.

“We have to think and talk more with Txiki and the staff. It’s four competitions, we need new faces to compete with the guys from this season.”