Manchester City appear to be thinking big this summer in an attempt to improve an already formidable squad ahead of their title defence next season.

Both have been linked in recent days, with interest in Mbappé said to be highly dependent on if PSG have to raise funds after reportedly failing Financial Fair Play regulations for a second time.

PSG still don’t technically own Mbappé but have an obligation to buy him from Monaco for around £167million – a huge sum for a club that could be in trouble with UEFA. City have wanted Mbappé in the past and tried twice to sign a player who would be an ideal long-term replacement for Sergio Agüero. 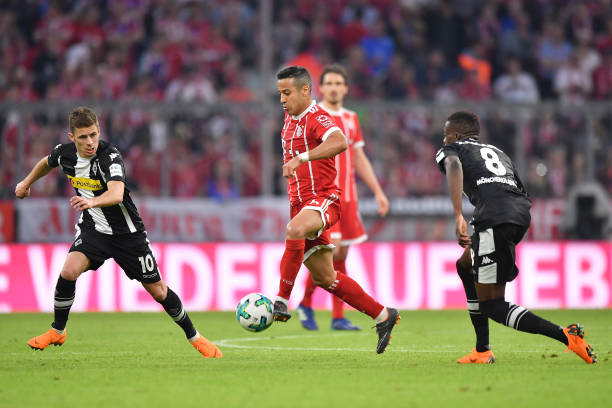 Thiago, a reported target in this week’s Mail on Sunday, is well-known to Pep Guardiola having player for him at both Barcelona and Bayern Munich.

Now 27, Spain international Thiago has struggled with injuries and that may give City a chance if Bayern Munich, a club rarely minded to sell their top players, are open to the sale of a player with only ten Bundesliga starts this season.

City are also looking to bring in another key signing according to Sky Sports News and will spend up to £200million in the summer. Crystal Palace flyer Wilfried Zaha is on the radar, but is not thought to be a primary target at this stage.

Liverpool, Tottenham and Schalke due big bonuses from Man City after title win
Manchester City youngster’s season over after sustaining knee injury at weekend
To Top