Manchester City have wasted no time in getting some stylish new imagery up to celebrate the double-winning 2017/18 season.

The club have had a new display installed above the main entrance to the stadium, showing the team celebrating with the text “Premier League champions / Carabao Cup winners 2017/18” above.

City were crowned champions on Sunday after Manchester United slumped to a shock defeat to West Brom, making the runaway leaders impossible to catch.

There will be a party atmosphere this weekend when the Blues host Swansea, but no trophy presentation until Sunday, 6 May when Huddersfield come to town.

Check out some images of the new Etihad display: 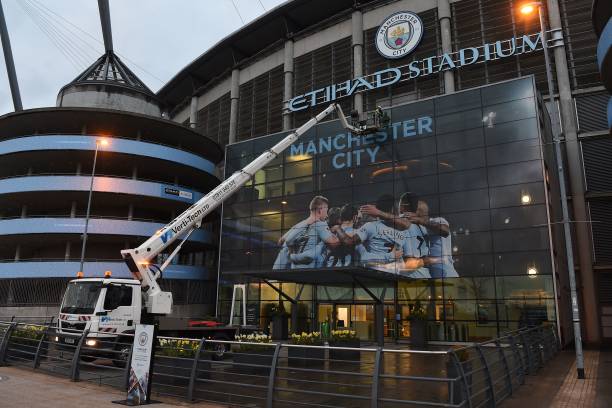 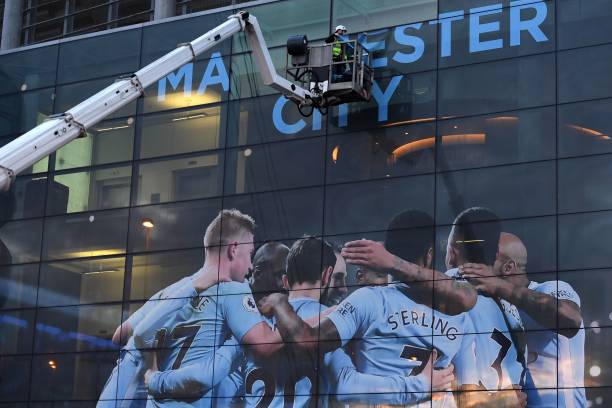 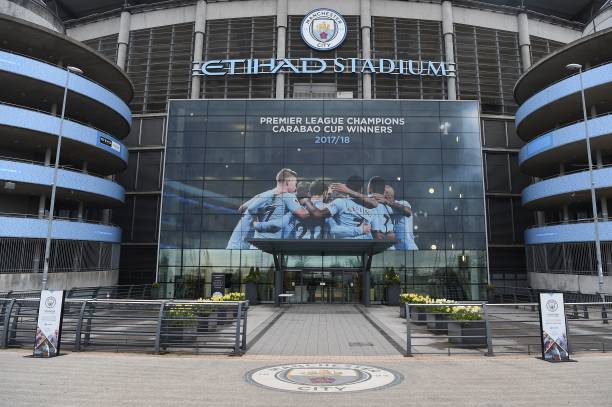 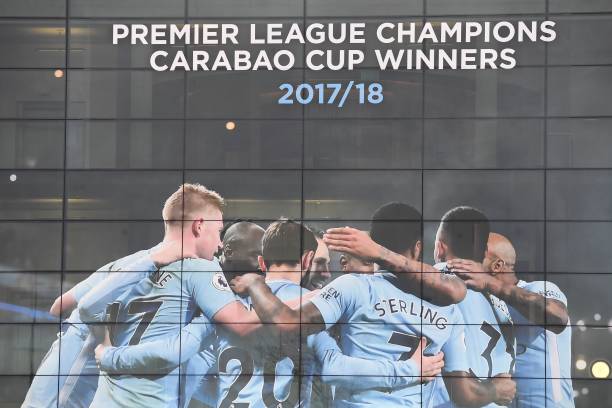