Many predicted a brave new dawn in Europe when the Premier League accounted for a record five teams in the last 16 of this season’s Champions League. Man City, Man Utd, Chelsea, Liverpool and Tottenham were all in formidable form and it was expected that they would dominate the latter stages of the competition. But Man Utd, Spurs and Chelsea have all crashed out, leaving just two Premier League representatives in the quarter-finals. Then Man City and Liverpool were drawn against one another. It means the EPL will be guaranteed a representative in the semi-finals, but it further reduces the league’s chances of emerging triumphant in Europe this season.

Spain will now replace England as the favourite to yield the Champions League winner after Barcelona secured a comfortable draw against Roma. Meanwhile, holders Real Madrid find themselves up against Juventus, the team they thrashed in last year’s final. And Sevilla, who defied the odds to conquer Man Utd, are up against German champions Bayern Munich. So much for a power shift in favour of the English. So what went wrong for the Premier League’s heavyweights? Is the league simply not as good as its cheerleaders believe it to be?

Chelsea are enduring a difficult second season under Antonio Conte and they are languishing in fifth place in the table, so they were never likely to beat Barcelona, who are unbeaten at the top of La Liga, over two legs. They played well at Stamford Bridge, but ultimately defensive errors and wayward finishing cost the Blues. Tottenham were favourites to progress to the last eight after producing a stirring comeback to draw 2-2 away at Juventus, and looked to be cruising when they were 1-0 up at half-time in the reverse leg. But Spurs froze in the second half and experience prevailed over youth as Giorgio Chiellini and co closed out a famous 2-1 win. 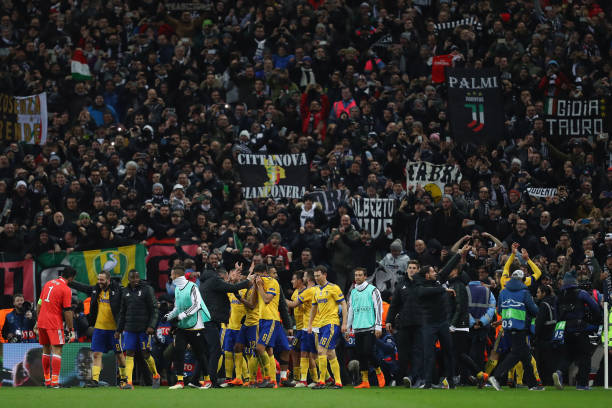 Man Utd’s defeat was simply inexplicable. They had consolidated second place in the league after beating Liverpool and Chelsea, and were surging with confidence. But they were bereft of attacking thrust in both legs and displayed uncharacteristic sloppiness at the back. Sevilla are not a particularly good side and they find themselves fifth in La Liga thanks to a poor away record. Some might say the Premier League is at a disadvantage in the Champions League due to the gruelling nature of the English winter campaign, which does not benefit from the lengthy break afford to continental leagues. But that does not excuse Man Utd sleepwalking through two legs and crashing out at the hands of an unheralded side. Not when you have spent as much money as they have.

The failing was mental, rather than technical, for both Man Utd and Spurs, so they will need to approach the competition with far greater confidence and belief next season. And then there were two. The clash between Man City and Liverpool is an intriguing one. City destroyed Basel in the last 16 and Liverpool annihilated Porto, so they are worthy quarter-finalists. Man City have long been Champions League favourites as they have been superb under Pep Guardiola this season. England may yet emerge triumphant if they play to their full potential.

But Liverpool will fancy their chances of springing a surprise. They are the only team to beat Man City in the Premier League this season, having secured a famous 4-3 victory at Anfield, and Roberto Firmino and Mohamed Salah are on fire. Check a review of YouWager odds and you will see that Man City are the favourites to progress, but they will not have an easy ride. Both teams are phenomenal going forwards and this one could prove to be the best tie of the round. Whoever progresses should take enormous confidence heading into the semi-finals and fear no one, so the Premier League could indeed return to the summit of European football by the end of the season.