After losing Jadon Sancho to Borussia Dortmund, Manchester City could soon have to worry about holding on to one of their other great talents, with European champions Real Madrid setting their sights on Brahim Díaz.

The 18-year-old is considered one of the best teenagers in European football and Pep Guardiola has been keeping him, along with another super-talent Phil Foden, close to the first-team squad with a view to integrating them in the coming years.

However, Real Madrid’s approach to the transfer market has changed recently, and instead of signing all the biggest names, they have acquired elite young players such as Marco Asensio, Vinícius Júnior and Jesús Vallejo. And as Eduardo Inda of OKDIARIO revealed on El Chiringuito, lately Los Blancos have been scouting Brahim intensively with the idea of adding him to their ranks.

During the last international break, Brahim became the youngest player to debut for Spain’s under-21 side aged 18 years and a month, and his potential is meteoric. 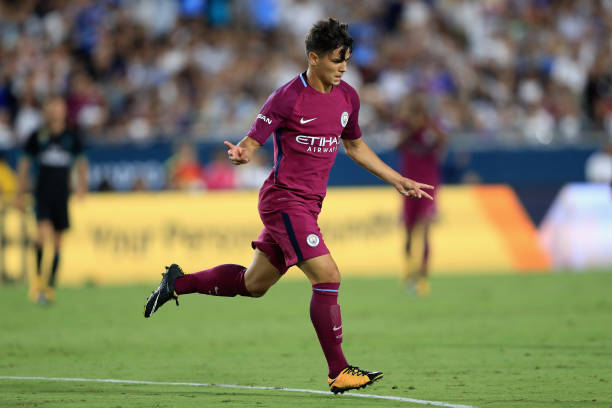 The good news for City fans is that a move to the Santiago Bernabéu for Brahim is by no means certain and there are several reasons. The first is that he is represented by Pere Guardiola, brother of City manager Pep Guardiola, and a man with close ties to the City Football Group as the recent acquisition of Girona FC proved.

Secondly, Real Madrid president Florentino Pérez has excellent relations with Man City owner Sheikh Mansour, with the two often doing business outside of the football world. And for that reason, we have never seen Real Madrid make a hostile, unwanted approach for any City player and vice versa.

The likes of Kun Agüero and David Silva have been subject to interest from Madrid over the years, but the positive relationship between the two clubs has limited how aggressively Madrid have pursued any City players they like.

If any club could convince Brahim to return to Spain, it may well be Real Madrid, but it would need the teenager to want the move and City to approve a deal. For now though, there is no desire at the Etihad to let one of the club’s best young prospects leave…