We may have a reputation for being one of the unluckiest clubs in England but Manchester City have been significantly more fortunate than others when it comes to opening day fixtures. City have won their last six opening day fixtures, scoring 17 goals in the process and avoiding opposition who could genuinely be classed as being strong enough to compete for a top four place. And after seeing off last season’s bottom-placers Sunderland in his first game in charge, Pep Guardiola has newly-promoted Brighton to contend with on Saturday.

If City are to find any success this season then they must not only correct but erase the issues that plagued them last term. Even the staunchest of Guardiola’s defenders cannot deny that his first campaign in charge was a disappointment on all accounts. The team displayed flashes of excellence, only to follow it up with a damning example of just how far away they were from being serious contenders both domestically and in the Champions League.

I think last season can be summed up by looking at the two games against Barcelona in the Champions League group stages. Both games had wildly different results and performances, but both highlight recurring themes and talking points that cropped up throughout the year. The first game encapsulated everything that disappointed and frustrated fans during the season. A bright start followed by calamitous error after calamitous error, including one from Bravo for good measure. The return fixture showcased everything that the side was capable of, absolutely tearing apart the Blaugrana in front of a baying Etihad crowd. A fit Ilkay Gündoğan dominating the midfield and City bringing a European powerhouse to their knees. If only we could’ve been consistent.

Have City Resolved Their Problems? 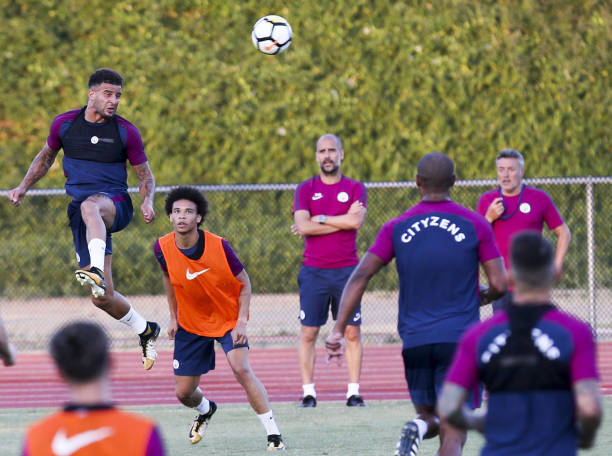 City suffered from numerous footballing ailments as the season drew on. Suspect goalkeeping, rapidly declining full-backs, poor defensive transitions and an inability to bury teams once they gained the advantage. The question is, have we actually solved these problems with the business we’ve done this summer?

If pre-season is anything to go by, we most definitely have. Ederson is an imperious, physically intimidating ‘keeper who, most importantly, has a safe pair of hands. Crucially, with all his natural goalkeeping ability, Guardiola won’5t have to worry the Brazilian stuttering when playing out from the back. His distribution and decision making remains consistent under pressure and his penchant for blasting the ball the length of the field with impressive accuracy will allow him to excel in Pep’s positional play model.

The signings of Walker, Mendy and Danilo have also finally put to bed the long standing issue of City’s ageing full-back contingent along with going someway to remedying City’s issues in defensive transition. All three of these players are physically powerful and pacy, meaning no longer will opposition wingers and forwards be able to seemingly spend forever in 2vs2 or 3vs2 situations on the break.

Bernardo Silva adds yet another attacking option to Guardiola’s arsenal. He can play out wide or through the middle alongside David Silva or Kevin De Bruyne. The availability of another top quality play-maker that can slot into the side at a moments notice cannot be overstated. Last term, If De Bruyne or Silva were unable to create chances effectively then City often looked out of ideas. Bernardo Silva ensures the likelihood of this is reduced considerably. He’s also capable of adding a few goals to the side as well, notching 24 in 101 league appearances for Monaco. 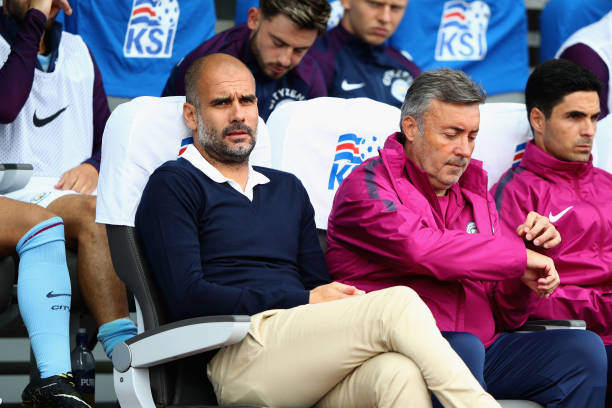 So, with issues seemingly being resolved and the future looking bright for the team, what should we expect to see from them? Anything less than a serious title challenge would be hugely disappointing, even unacceptable. Given that there are now no excuses about a lackluster squad of players who are past their peak still retaining a spot in the starting eleven, then this City must be held to a higher standard domestically. That includes cup competitions. I expect City to take home either the League Cup or the FA Cup; silverware is a must.

Regarding the Champions League, I feel that there should be some slight lenience given here. Whilst this City squad has been improved massively over the summer, I don’t believe they are “guaranteed” a semi-final appearance just yet. This is a reasonable assumption when looking at the squads that Bayern, Madrid and Juventus currently have. A minimum of a quarter-final appearance should be expected and from the point the difficulty of the opposition should be used to gauge expectations from that point onwards. 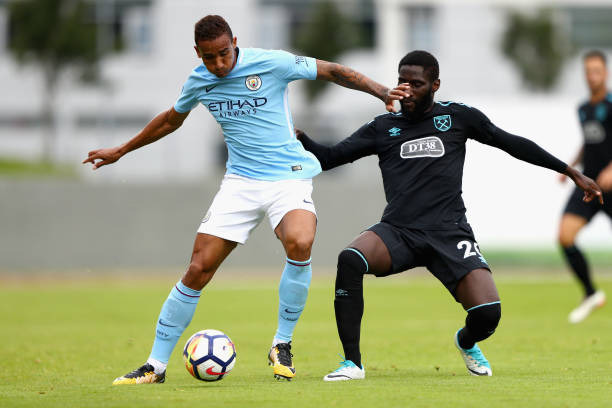 The acquisitions of Walker, Mendy and Danilo will not only impact just how much the team will improve from last season but also how the team will actually play. All three of them are physically impressive with pace and power in abundance – a stark contrast to the full-backs available last season. I think it is reasonable to assume that we will be seeing a lot less of the “inverted full-backs” over the course of the season, given the profile of player we have available. If that is the case we can also expect the team to focus less on building their play through wide areas. Instead we could see an approach more in line with Pep’s Barcelona. The full-backs will be used to hold the width allowing for a much more centrally focused positional play game. Further evidence for this can be seen in the pre-season displays, with Pep favouring a 3-5-2 structure with wing backs acting in a more orthodox manner.

Either way, the upgrades to the full-back positions have been significant. If they can deliver anything close to the performances expected of them for the transfer fees they commanded, then the team will surely find success.

Enter the second City Watch Fantasy Football League for your chance to win one of next season’s Man City kits!